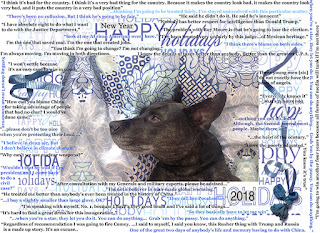 "A Stanford Graduate School of Education study published in November found “a dismaying inability by students to reason about information they see on the internet. Students, for example, had a hard time distinguishing advertisements from news articles or identifying where information came from."https://www.nytimes.com/2017/01/11/opinion/online-and-scared.html
Posted by Julie A. McConnell at 6:49 PM

Wow! It's on! But funds still needed for total costs. 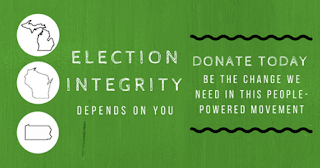 And now for something GORGEOUS!

I was walking up carmine street returning from the post office clutching my packet of mail.  A pigeon was lying on its back in the middle of the sidewalk. Pedestrians walked on by. I stopped to look down and noticed a puncture near its breast bone just under its wing. Yellow granules were spilling out from the hole. Then I saw it slowly move - pulling its legs inward and slightly rolling. I realize now that I’d probably witnessed its death throe - but at the time I just needed to move it somewhere safe so it might die in peace without having someone step on it or kick it to the curb. So I pushed it carefully onto a magazine from my packet of mail and I brought it home and laid it in the ivy in my back yard. I wrapped it gently in a paper towel but I never saw it move again. More yellow pellets (like cracked corn) had spilled from its breast. I’d heard that pigeons that gorge on uncooked rice can expire from the expansion of the rice in their stomach. A quick online search dismissed this as urban legend and revealed that the wound had probably entered the pigeon’s crop where it stores food. So while it was likely that the chest puncture was the fatal fact and not overfeeding - I had trouble falling asleep that night. I couldn’t reconcile the flesh and blood creature packed with dry grains oddly reminiscent of a torn stuffed animal from childhood. 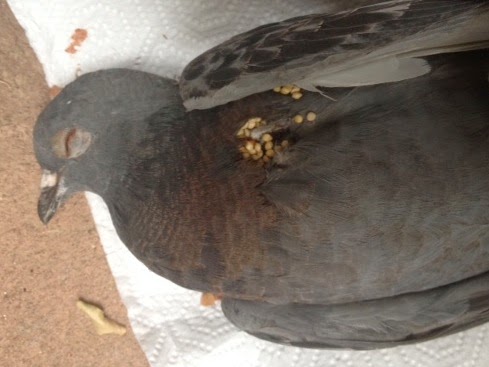 Hard to believe they are attempting this again 50 years later with our tax dollars!


University of Wisconsin: Cancel The Unethical Torture and Killing of Baby Monkeys!

http://www.change.org/p/university-of-wisconsin-cancel-the-unethical-torture-and-killing-of-baby-monkeys?recruiter=1899127&utm_campaign=signature_receipt&utm_medium=email&utm_source=share_petition
Posted by Julie A. McConnell at 5:50 PM